An 81-year-old man has recently remarried his 70-year-old wife, 32 long years after they got separated. This happened in a wedding ceremony which took place at the St. Patrick’s Catholic Church in Half Assini in the Jomoro District, Ghana.

The Re-union was made possible after so much effort to get them back by their children. While recounting the challenges they faced before the beautiful reunion of their parents, the  eldest son of the couples, Mr Richard Kojo Arthur revealed that it took over three decades for them to realize that dream.

“We were quite young when the issues started so we didn’t really understand what caused the separation. Personally, I was in boarding school and would only come home during vacations.

“All that while, we lived in Takoradi but mum was enstooled as a queenmother of Jomoro in the Western Region and moved to settle there. My younger siblings were also in school so they lived with our father and occasionally, we visited our mum during vacations,” he reportedly told The Mirror.

READ More  Burna Boy Announces; “You Know What, No Album Till Further Notice”.

According to Mr Kojo, he initiated the reunion process with his siblings however one of them could not live to witness the day. The couple’s fifth son, Rev. Father Moses Kabenla Arthur, a Roman Catholic Priest at the Franciscan Valley of Prayer and Silence, Saltpond, officiated the renewal of vows. 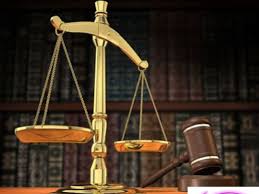